Home 5 All Blogs 5 Advertising on Social Networks
Home 5 All Blogs 5 Advertising on Social Networks
Since social networks were born, they have been improving in advertising terms, to get the maximum profit of it. And they are doing it pretty well! Especially because people are used to share their lives, interests, plans etc. Through their platforms, so… Could you think of a better tool for selecting audiences?

As usual, one of the first platforms on taking advantage of this was Facebook, that has a great advertising tool, Facebook ads, through which you can select who do you want to target, selecting between age, gender, location, musical interests, or even fan pages that the target group are following, to offer the potential advertisers one of the best targeting tools in the online marketing world.

Until today Twitter advertising’s model was “not very profitable”. Last year they earned £600 million roughly (that sounds like a huge amount of money, but for a company as big as twitter it’s “nothing”). So that’s why they decide to take advantage of all the personal information that people shares through their platform, and created a tool that can target ads depending on the content from the tweets of the users.

This new way of advertising is kind of a mix between the promoted posts of Facebook, and Google Adwords. From Facebook they “took” the fact of make the ads look like a regular post from the users, and insert it into the timeline. And from Adwords they took the keyword targeting, that allows the advertisers to target people who is talking about a specific topic or issue.  This new advertising model is now available in all different languages and markets where Twitter Ads are supported. 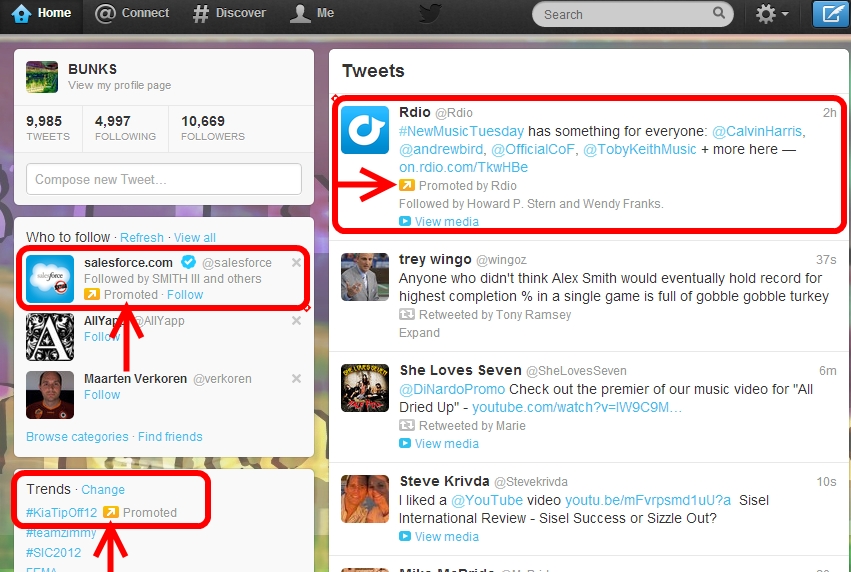 As you can see in the forward image, the ads looks like a real tweet, with the exception that you can read under it the sentence “promoted by …” Followed by the name of the advertiser.

In Twitter they look quite happy with this new idea, but the only problem is that in that micro blogging network, a lot of people criticise things, and obviously the do it through tweets. Imagine someone is complaining about a brand, and because he is using the brand’s name in his tweets, he starts getting adverts from than brand… Don’t  you think it will be kind of negative? And also, isn’t this model of advertising a little intrusive? Because as we saw on Facebook, some brands had problems with their promoted post because people accused them of sending spam.

Obviously we will need some more time for the first conclusions about Twitter new ads tool and to know how is it working. However, if you would like to try this for your company, don’t hesitate to ask us and we will be happy to help.